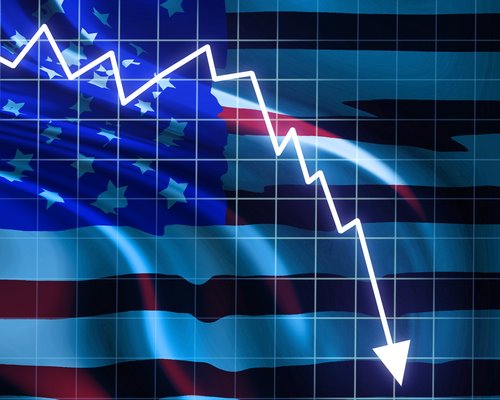 A website I have been frequenting recently, called the “Manga Newspaper” – which reports world news in manga (Japanese comic) form, not news about manga – has been making some nice articles recently. Unfortunately, it does not seem to have any English translations, so non-Japanese speakers are stuck with only the pictures for each story. I’ve decided to start translating articles sporadically, depending on stories that catch my eye, or for their unique Japanese-comic flair or local opinions. In this comic, they talk about the economic problems the lower class is facing in America. I bet you’ve never seen the economic collapse reported like this.

Each story in the Manga Newspaper (which I’ll basically be referring to as “NewsManga”) has a brief entry, giving a little background on the topic. Sometimes, the content of the story is only moderately related to the greater topic, which gives an interesting extra dimension to it; but this time, it’s fairly self-explanatory.

The title of the article is “46 Million Unemployed in America.” The introduction mentions that on September 13th, the U.S. national census reported that the poverty level for 2010 had reached 15.1%, totaling 46,180,000 impoverished people, the most on record. And for the last four years, the number of impoverished people has increased each year by 2.6 million people.

Note: Read the comic (panels and dialogues) from right to left!

Note that while these comics are sometimes funny, they often talk about very serious issues, so this one is not at all supposed to be funny, just serious. Then why use a cute pink bunny? Perhaps it makes this serious issue a little less… scary? Well, feel free to read the Japanese if you can; part 1 is here, and part 2 is here. You’re welcome to critique my translation, but just remember that I did not make this comic, so any inaccuracies or mistakes beyond the translation are not my responsibility. I wanted to give an exact translation (as best I can).

While I appreciate that the writers recognize the hardships the American lower-class currently face, they neglected another issue that adds insult to injury. As  Barbara Ehrenreich – author of “Nickel and Dimed” – says: “America has turned poverty into a crime.” I linked to this article in one of my notices, but I wanted to reproduce some of her words for this article. She writes about the way impoverished people are treated.

The most shocking thing I learned from my research on the fate of the working poor in the recession was the extent to which poverty has indeed been criminalized in America.

Perhaps the constant suspicions of drug use and theft that I encountered in low-wage workplaces should have alerted me to the fact that, when you leave the relative safety of the middle class, you might as well have given up your citizenship and taken residence in a hostile nation.

Most cities, for example, have ordinances designed to drive the destitute off the streets by outlawing such necessary activities of daily life as sitting, loitering, sleeping, or lying down. Urban officials boast that there is nothing discriminatory about such laws: “If you’re lying on a sidewalk, whether you’re homeless or a millionaire, you’re in violation of the ordinance,” a St. Petersburg, Florida, city attorney stated in June 2009, echoing Anatole France’s immortal observation that “the law, in its majestic equality, forbids the rich as well as the poor to sleep under bridges…”

In defiance of all reason and compassion, the criminalization of poverty has actually intensified as the weakened economy generates ever more poverty. So concludes a recent study from the National Law Center on Poverty and Homelessness, which finds that the number of ordinances against the publicly poor has been rising since 2006, along with the harassment of the poor for more “neutral” infractions like jaywalking, littering, or carrying an open container.

The report lists America’s ten “meanest” cities — the largest of which include Los Angeles, Atlanta, and Orlando — but new contestants are springing up every day. In Colorado, Grand Junction’s city council is considering a ban on begging; Tempe, Arizona, carried out a four-day crackdown on the indigent at the end of June. And how do you know when someone is indigent? As a Las Vegas statute puts it, “an indigent person is a person whom a reasonable ordinary person would believe to be entitled to apply for or receive” public assistance.

That could be me before the blow-drying and eyeliner, and it’s definitely Al Szekeley at any time of day. A grizzled 62-year-old, he inhabits a wheelchair and is often found on G Street in Washington, D.C. — the city that is ultimately responsible for the bullet he took in the spine in Phu Bai, Vietnam, in 1972.

He had been enjoying the luxury of an indoor bed until December 2008, when the police swept through the shelter in the middle of the night looking for men with outstanding warrants. It turned out that Szekeley, who is an ordained minister and does not drink, do drugs, or cuss in front of ladies, did indeed have one — for “criminal trespassing,” as sleeping on the streets is sometimes defined by the law. So he was dragged out of the shelter and put in jail.

“Can you imagine?” asked Eric Sheptock, the homeless advocate (himself a shelter resident) who introduced me to Szekeley. “They arrested a homeless man in a shelter for being homeless?”

If you want some insight into what it feels like to live like this, take a quick journey with Becky Blanton, a woman who went on the TED stage to tell her story of living in a car for a year.

“…Eventually someone referred me to a homeless health clinic. And I went.

“I hadn’t bathed in three days. I was as smelly and as depressed as anyone in line. I just wasn’t drunk or high. And when several of the homeless men realized that, including a former university professor, they said, ‘You aren’t homeless. Why are you really here?’ Other homeless people didn’t see me as homeless, but I did. Then the professor listened to my story and he said, ‘You have a job. You have hope. The real homeless don’t have hope.’

“A reaction to the medication the clinic gave me for my depression left me suicidal. And I remember thinking, ‘If I killed myself, no one would notice.’”

America is in trouble. Honestly, it seems obvious to me how to fix the solution, though it’s the same argument the American left-wing has been arguing since the economic collapse. When rich people are so absurdly rich that they are wasting money – let’s face it, how many cars and houses do you really need? – the government should step in.

Just to compare, Japanese CEO’s make six times less than American CEO’s, and yet are still extremely wealthy. And, as explained on one blog, “CEOs of Japanese car makers earn less than their American counterparts, even though they’ve outperformed the U.S. for decades.” But I’m not really saying anything that hasn’t already been vehemently asserted for the last several years. Poverty is a complex problem in America, where success is usually defined by the amount of money you have inside a computer in a bank.

Leave a comment if you have an opinion about the comic or any of the issues discussed above.

No two ways around it – 2016 was a big year. There were a lot of huge stories this year, including the refugee crisis,...
Read more
Culture

The Weapons Effect – Does the Mere Presence of a Gun Increase Aggression?

A provocative question indeed: Do we seeing lots of gun deaths in America because of people’s aggression? Or is it possible that aggression is...
Read more
Business

Why Working Fewer Days/Hours is Better for Everyone

A lot has happened since John Maynard Keynes predicted in 1930 that a century later, we would be working only 15 hours a week....
Read more

Pretty much once a year, I take a break from my usual articles of epic quality and write something personal, reflective, or otherwise far less-than-eloquent. So I...
Read more
Load more